Take advantage of this new approval flow, use Approval Rules to give special routing to spend, category or both.

Written by Andrew Banta
Updated over a week ago

Expanding upon the earlier two approval models in which reports were submitted and went to the employee's manager, once approved to finance for final approval. Or One-Step which only required a final approval and were not routed through the manager. New Approval Rules can be setup in the Default Expense Policy, or any custom policies you create. 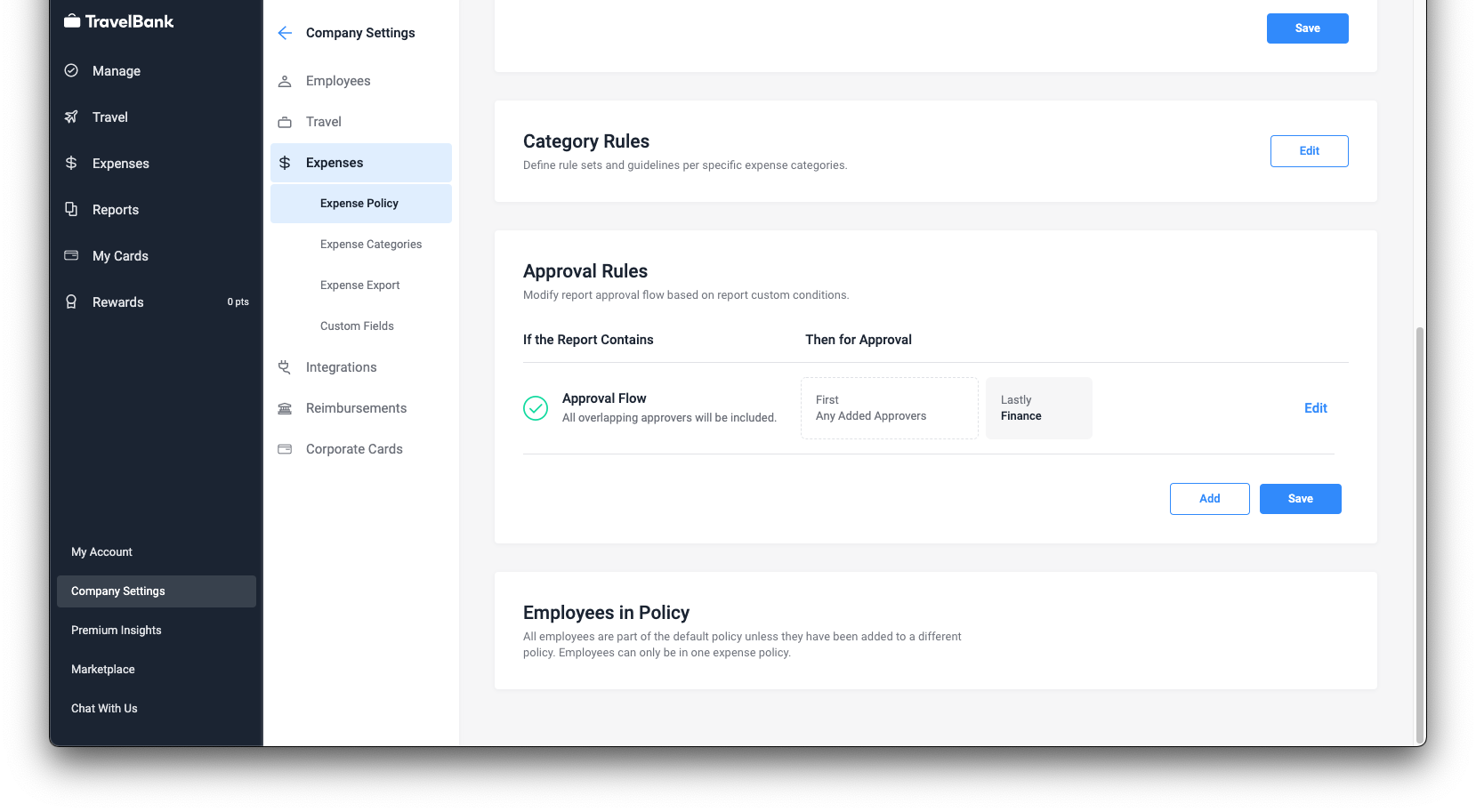 Click "Edit" to the right and the Approval Rules options will expand. Editing the Approval Flow allows you to specify if the report should be sent to their assigned manager prior to being sent to Finance for final approval.

To create a new rule, click "Add". The Add Approval Rule dialogue box will appear. There are two main aspects of the rules to observe: 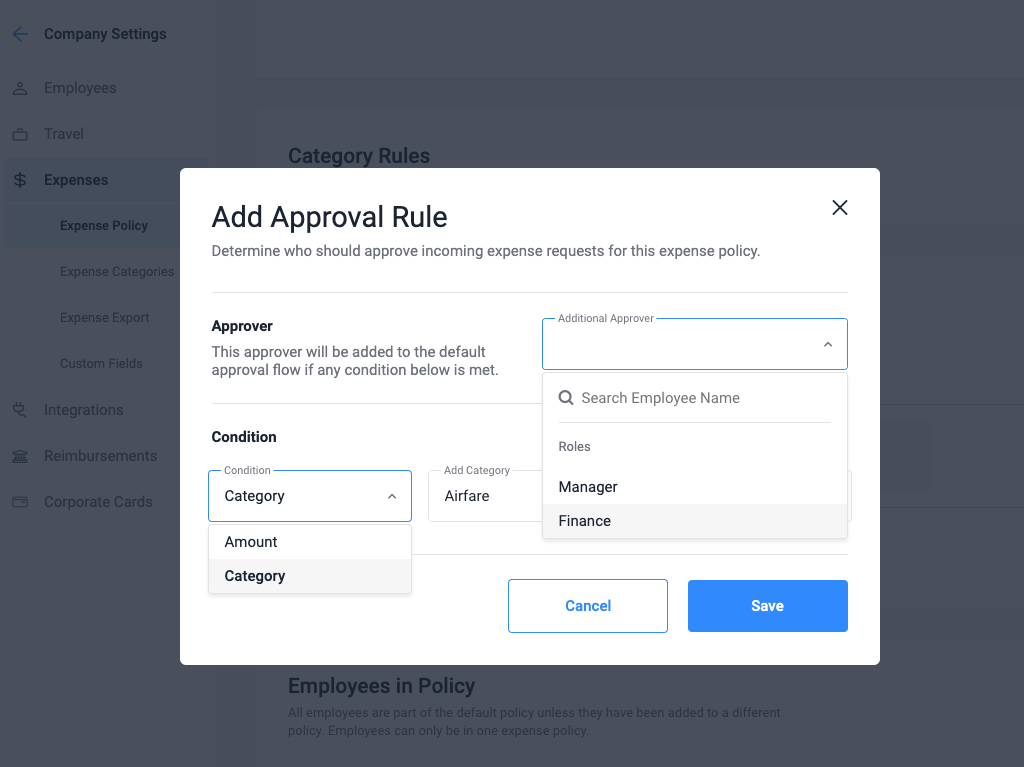 When choosing "Amount" the sum that you enter in the Amount field to the right will be the minimum amount of a report requiring that role or employee's approval, until you specify a higher sum. 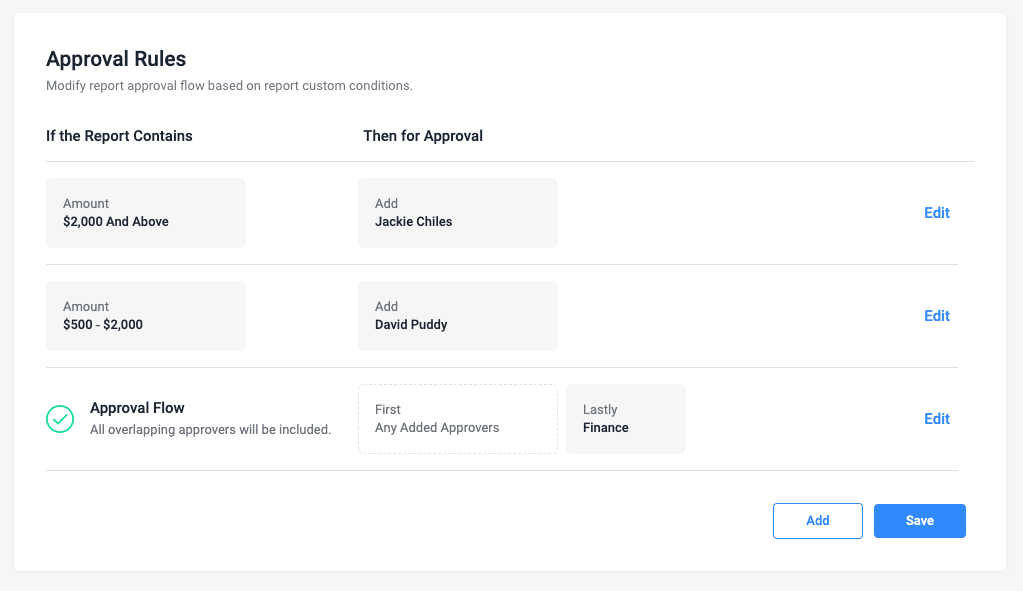 You can also create rules around specific categories, such as Airfare: 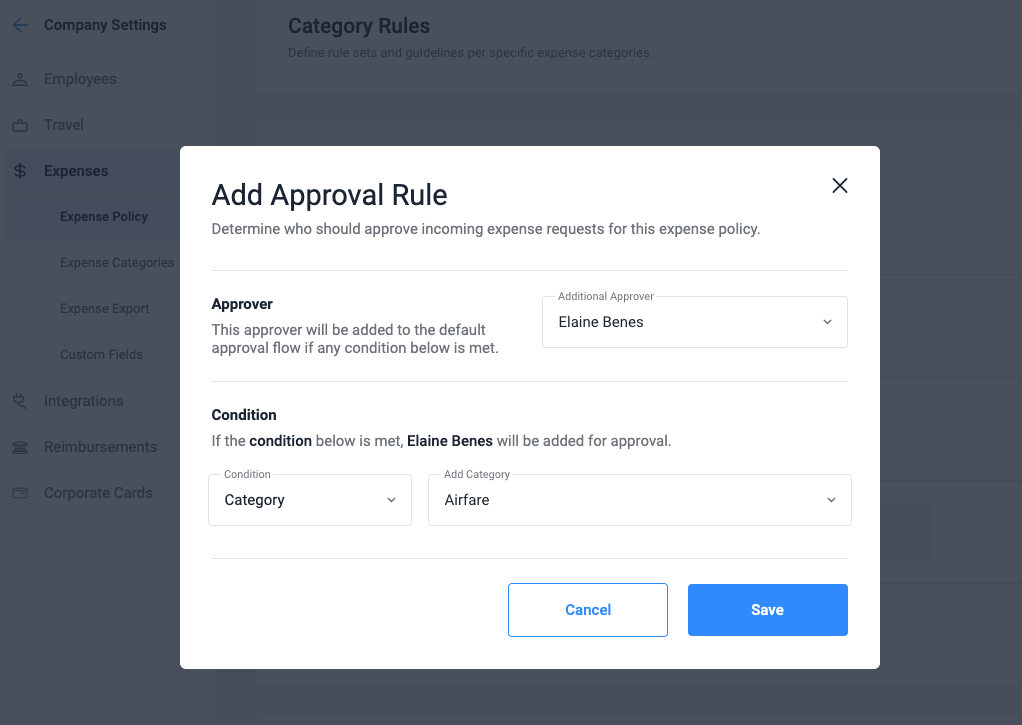 Here we see 3 rules with 3 different employees as the approvers: 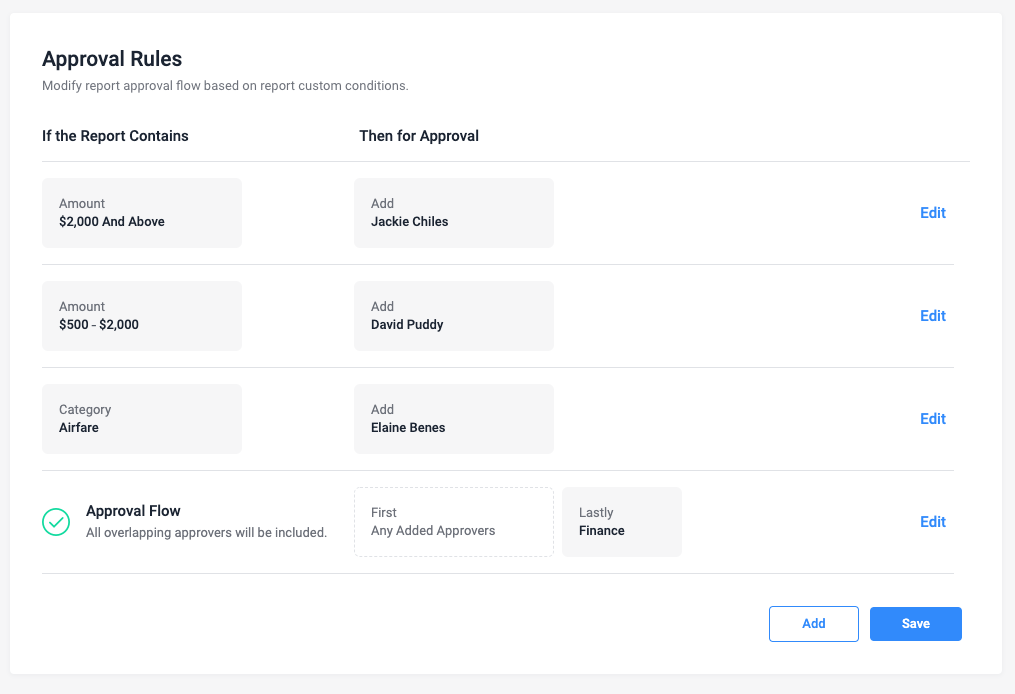 If you have Approval rules where both criteria would go to the same approver, they only need to approve the Expense Report one time. If an employee submits an Expense Report for 500 dollars or more and it is for category "Airfare" you see that the rules both require approval from the same approver, in this instance the approver only needs to approve the report once, reducing redundancy in the approval process. Automatic approval will only occur if the approver is the same for both conditions. See the example below: 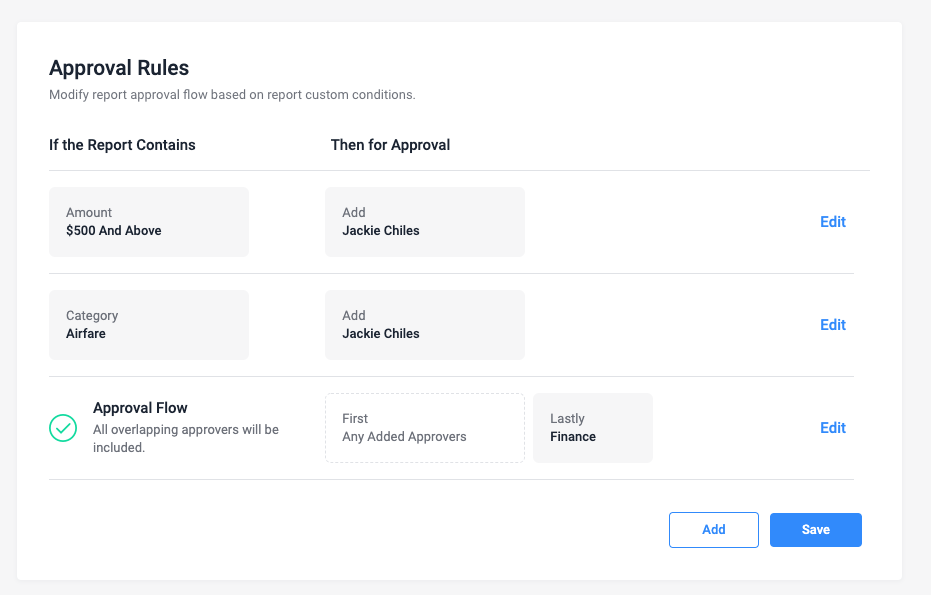 Q: What happens if I try to delete a rule which applies to reports that are currently awaiting approval?

A: When an admin attempts to delete a rule with outstanding requests, TravelBank will prompt them with an alert that the rule can’t be removed because one or more reports are pending approval.

Q: What happens if I try to move a user to another policy and they still have unapproved reports?

A: You can move users once all of their Expense Reports have been approved. You may return reports or request they not submit any new reports until you have moved them to a new Expense Policy.

Q: Can I delete a policy in which its users have reports pending approval?

A: You can delete policies in which there are no pending reports. Approve or return the reports and try deleting the policy again.

Q: What if I update the approver on a rule?

Did this answer your question?